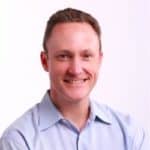 Photo by Dayne Topkin on Unsplash

A year ago, I could not have predicted that I would be writing this post. I actually wrote a very different one back then, one that included the words “lay off a majority of our employees.” That’s not a sentence you ever want to write. At the time, Peerspace’s future was unclear.

But now we’ve emerged from COVID in an even stronger position than ever before, thanks to some gut-wrenching decisions and a lot of support from our community, employees, and investors. After a few months to reflect on the last year, I want to share the story of what happened behind the scenes.

In March 2020, when COVID reached the U.S., the Peerspace business had enormous momentum. Our service — a platform for booking unique venues for meetings, events, and productions — was in high demand. We were adding new features, launching in cities across the U.S., and moving steadily toward profitability. We were growing our team and planting further seeds of growth. In short, we were cranking.

Then, COVID. The pandemic seemed tailor-made to damage us: As a company focused on bringing people together, the forced social isolation it brought was basically our worst-case scenario. When I described Peerspace’s business to others during that early COVID period, I was immediately met with a wince and a “sorry”.

Within two weeks of the first U.S. lockdowns, new bookings dried up, and we saw a flood of cancellations. Everything in our business ground to a halt.  It had all the characteristics of a slow-motion car crash:  fear, disorientation, shock and an air of inevitability.  I can’t describe how chaotic and sad it all felt. We struggled to fathom this new reality.

It was, to be blunt, entirely unclear whether Peerspace would survive.  We had to act as if we weren’t going to see any new business for the rest of the year. That’s right: We dropped our revenue forecast to practically zero for the subsequent 12 months.

So by the end of March, we had taken action that would have been unimaginable to us even a couple weeks before. We had cut our staff by two-thirds. We let 50 people go. To add insult to injury, we had to do it over Zoom. This was hands-down one of the worst days in my professional life. These people were like family, and letting them go felt like a betrayal.  I can only imagine what it felt like to be on the receiving-end of my message of extreme layoffs.

Needless to say, everyone was shell-shocked. We were whittled down to a core of 25 people. This was not just cutting the fat; we cut down to the bone. Those who remained took pay cuts, and we slashed every expense we could. It was like hunkering down to survive a natural disaster (which it was).

Turning to our community

As we worked through the early onslaught of cancellations, an interesting thing happened:  Some guests expressed interest in accepting credit for future bookings in lieu of a cash refund.  Hoping this willingness was widespread, we quickly developed and launched a program called Peerspace Credits, which allowed those who were cancelling to accept credit against a future booking (sometimes with bonus Credits added on top).

It worked! Our loyal customer base accepted more than $2.5 million in credits, which they continue to redeem today.

I can’t express what a boost it was to know that our community trusted us and were pulling for our survival. What a testament to the power of our Peerspace community!

As we started into the summer of 2020 with our skeleton staff, we noticed something surprising: The demand for venue rental for media productions was coming back to life.  Needless to say, it got our attention.

Traditionally, our business has been roughly split into three categories: meetings, corporate & social events, and media production. While the former two remained almost non-existent, media production was starting to pop.

At the time we wondered if this was a fluke.  It is only in retrospect that we see that, no, this was a symptom of the exploding Creator Economy, enabled by new platforms for monetization for creatives (like Tiktok, Patreon and YouTube) and accelerated by our COVID-driven media consumption habits. It didn’t hurt that small crew sizes allowed for social distancing and that, in many locales, production was considered essential work, allowing it to continue despite local restrictions.

So production was cooking, and all those creators needed fresh locations to shoot their photos and videos.  Fortunately that is something that Peerspace has in spades.

We poured our efforts companywide into serving the production segment of our audience. We marketed to them, went out to find more of the homes and studios they needed, and worked on ways to make it easier for them to search for and book their preferred locations.

Obviously, we could not have fulfilled the burgeoning production demand had it not been for our hosts.  Like us, our hosts had invested a lot of money and time into their businesses and were eager to find sources of revenue. We spent time educating our host community about the media production demand we were seeing and how to capitalize on these types of bookings.  The partnership we saw with our host community during this time was incredible.

Defining the future of work

With the production side of our business looking up, we came up for air. What else could we do to capitalize on COVID-related trends?

Like most other companies, we were all working from home. And honestly, we were enjoying it. Our team was reporting large gains in their productivity (with the understandable exception of some of those with young children at home!). We didn’t really want to go back to our headquarters full-time, but knew how important in-person get-togethers were going to be, once it was safe to do so.

We had a lightbulb moment:  We already had a distributed team across the country who were loving working from home.  Why not get rid of our headquarters office (a beautiful space in downtown San Francisco, alas), and use our very own service to book unique spaces to meet up as needed in smaller groups or as an entire company?

It occurred to us that other companies must be thinking the same thing.  It was from this realization that our partnership with United Airlines and our joint product, Team Together, was born.  Instead of paying a lease for an office, companies can put that money toward a subscription to Team Together that gives them periodic use of unique venues through Peerspace and travel credits through United to bring their distributed teams together. The product has been well-received and we expect to see greater adoption as the year goes on.

We worked diligently throughout the summer, cultivating these new directions for our business. By the time August came around, we had returned to 80% of the prior August’s revenue and because of our much leaner, more efficient team, had become profitable for the first time.

This was an amazing development — far beyond what anybody (including ourselves) had projected for us. As we gained greater confidence that this growth was here to stay, we began hiring back employees in late 2020.

Now, as we roll midway into 2021, we’ve grown to over 50 employees. We see continued strength in media production bookings, and social events are coming back with a vengeance as vaccinations become more widespread.  Corporate bookings will come back soon, reinvigorated by the new hybrid workplace. We are now regularly setting new records for bookings and revenue. We’re hiring quickly, expanding internationally and continuing to be profitable.

I never thought a year ago that I would be saying this right now, but Peerspace’s future looks brighter than ever. We set ourselves up for aggressive growth by taking dramatic action during COVID. We stared down the death of our company and said “not today!”

And thank God we did.  On the other side of COVID, the need to “Bring people together” in the world is real and palpable — maybe now more than ever.  After all the challenges of the last year, I am proud to say we’re still here — to do what we have always done — help people create, collaborate and celebrate together.

How to seal the deal and get more bookings Peerspace Stands with the AAPI Communities